Actually, Melanie Cove, which is further inside Prideaux Haven.  We’ve been here two days now.  Came in yesterday and went for a nice hike out to the entrance of the cove.  I think they call this a “haven” because it is so tucked in and lovely.  There are some serious twists and turns among some rocky inlets to get here, but once inside, it’s lovely! 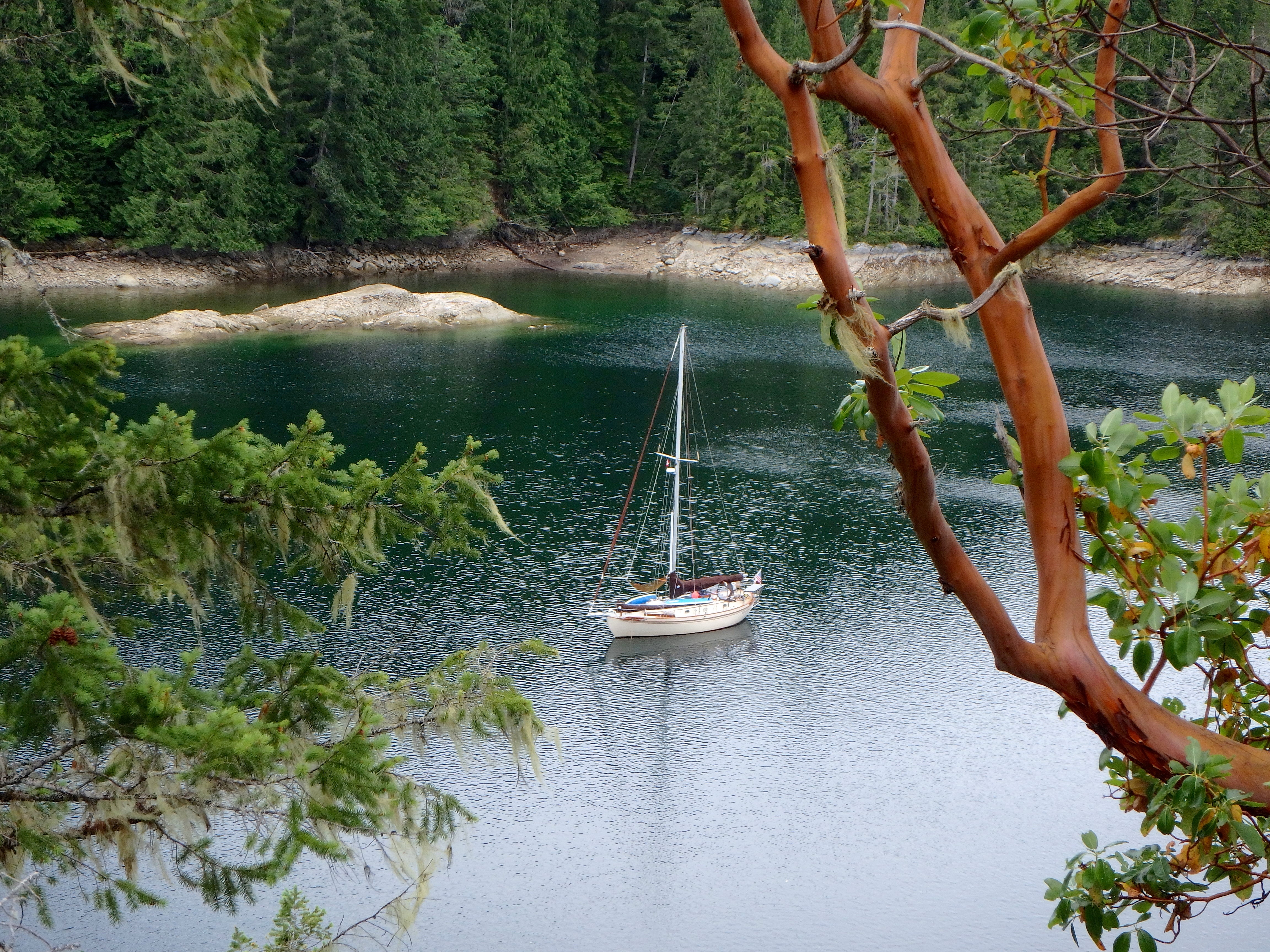 See what I mean! Here we are tucked into Melanie Cove.

Once nicely “tucked in” for the day, we went ashore to a hike.  Lovely two hour “out and back”.  The trail was not maintained, so a bit “tough”, but lovely nonetheless.

So, then last night it rained into this morning and we were thinking, “OK, it’s going to be a book day”.  But – it cleared enough for us to think we could have a bit of a hike and we went ashore again.  This time, we did the hike over to Laura Cove.  In her book, “Curve of Time”, set in 1927, Muriel Blanchet described anchoring in Melanie Cove and visiting “Phil, the French Trapper” over in Laura Cove.  That’s the hike we did today.  The story has it that his cabin was in the cove by the wild cherry tree but that the cabin has disintegrated to the point of non-existence.  Guess what?  We found the cherry tree and I hiked up to a level spot just above high tide that I’m pretty sure was the site of the cabin.  Fun!

Kinda fun tracking down locations from a 90 year-old story... 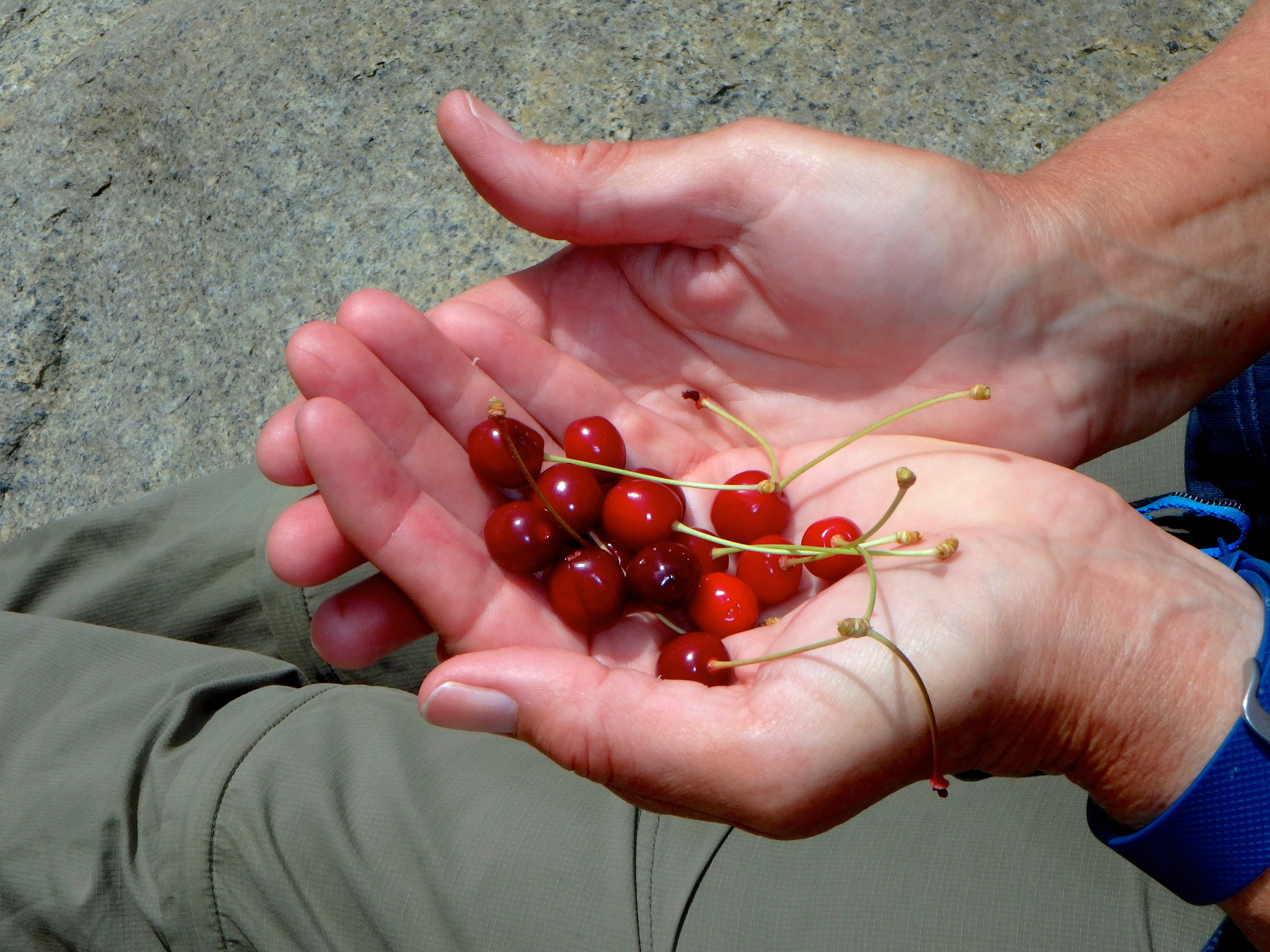 ...and fun to taste the wild cherries. They were amazing!

So, back on Charisma we met a lovely couple who came in on a Dana 24 and did a very nice job of dropping anchor and stern tieing to the cliff.  They are on S/Y Heron, Phoebe and Mike.  For Karen on Sockdologer – they are Canadian and went to Port Townsend last September to hear you speak at the wooden boat festival.  They said your talk was awesome.  Nice folks!

OK, that’s our update!  Tomorrow we leave for Roscoe Bay.  It’s actually two bays.  An outside and inside.  The trick is the narrows between the two actually dries at low tide.  We have to wait a bit before high tide to get in.  With a 12 foot tide forecast for tomorrow that means we “should” in theory have 6 feet under the keel at 9:47AM – we’ll start in a bit earlier on the rising tide in case of a problem.  We’re tried to “squeak in before like this, and hope that the results this time are better than last (See “Escape From Aitutaki”, August 10, 2012).

As always, we’ll post the result if we have internets.

One thought on “Prideaux Haven”