(Please remember to replace the “_” with the letter between the w and y.) We left Jennis Bay and had a lovely overnight stop in Turnbull Cove. Obviously from the name, we had no e_pectations. What we found was a tight passage into a lovely bay marred only by an avalanche slash on the opposite shore. We had been warned so did not anchor over there…no need to find old logs pulled up by our anchor.

Instead we anchored on the opposite shore and dinghied over to the trail head/hike to a mountain lake. Steep, short hike to a dock into a large lake. The folks from another boat who had started the hike ahead of us said our bear bell was very loud. Good thing because they had seen a bear right where we parked the dinghy, just before they came ashore. They had waited for it to move further down the shore to come in with their dog. Good thing I had my bear bell!

Later we dinghied around the entrance point and were able to watch a bear foraging along the shore. We got close but not too close! All this bear e_citement was followed by a lovely evening watching some distant lightning (so fun when not on open water) and counting the seconds from the thunderclap…about 25 miles!

This morning we enjoyed two bear visits right behind us as we had coffee and breakfast. Maybe we should call it TurnBear cove…great spot.

We left this lovely spot because a glorious day of sunshine was calling to us. We ventured up MacKenzie Sound soaking in the sunshine and the jade green color of the glacial water. The best part of the whole trip was passing “Anne Point”….a granite masterpiece that rivals El Capitan….only spelled wrong…who names these places? It should be Ann Point. 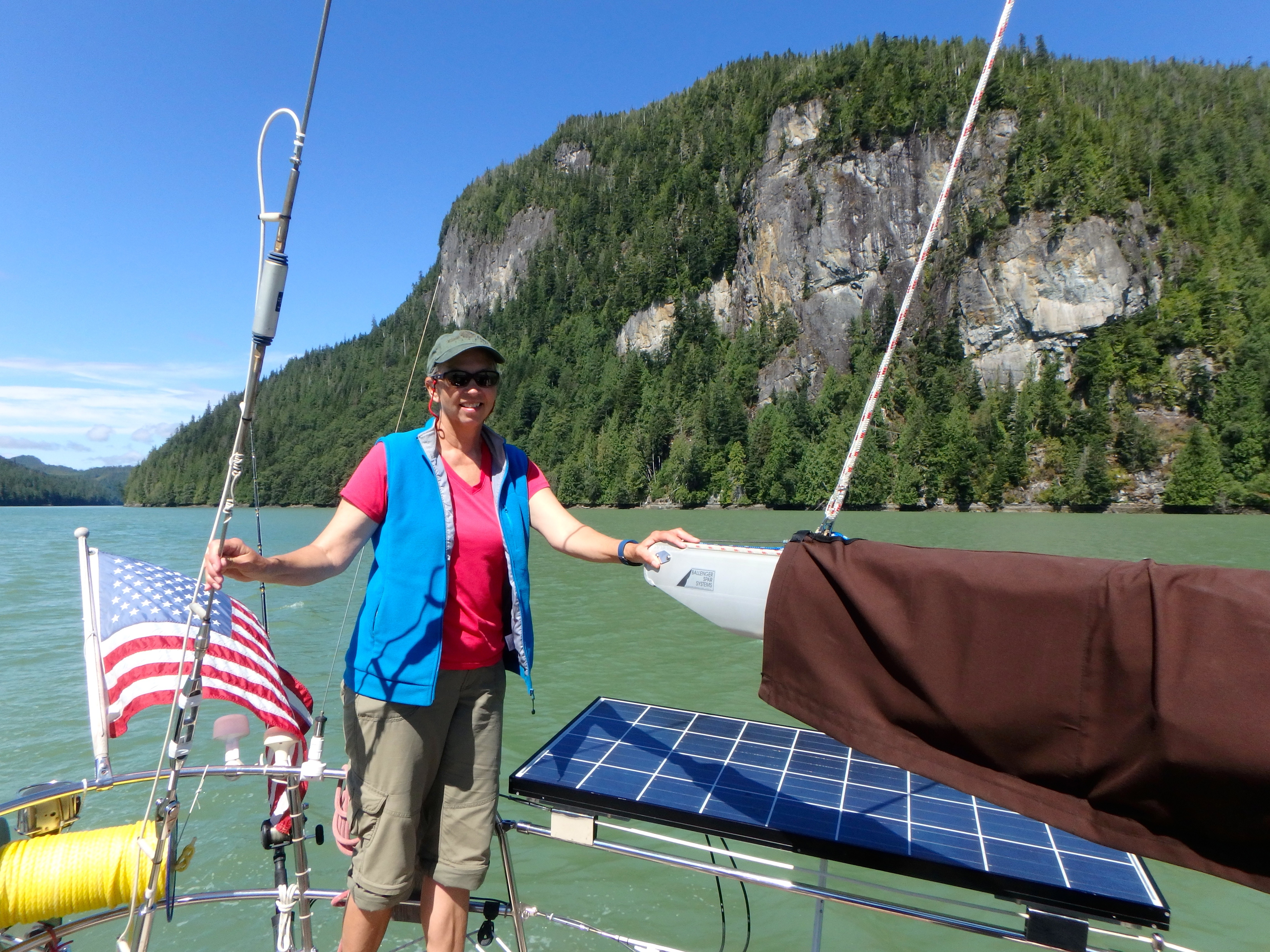 Anne's Point in the background.

But lovely just the same. And just further up the coast we found a mama bear and two cubs meandering along the shore line! Glorious traverse up a beautiful sound but no anchorages called to us….until we came upon Blair Island. No, we did not see any witches or symbols hanging menacingly in trees…instead we saw a LARGE bear swimming across the bay in front of us! Wow! I do think Charisma scared him a bit as he kept looking over his shoulder but we kept our distance and reveled in the sight. His e_it from the water rivaled any athletic feat seen in the Olympics (I can say this because we have not seen any of the Olympics…but this bear was so graceful!). So shouldn’t this be called Bear Island? Really…has no one been out here? 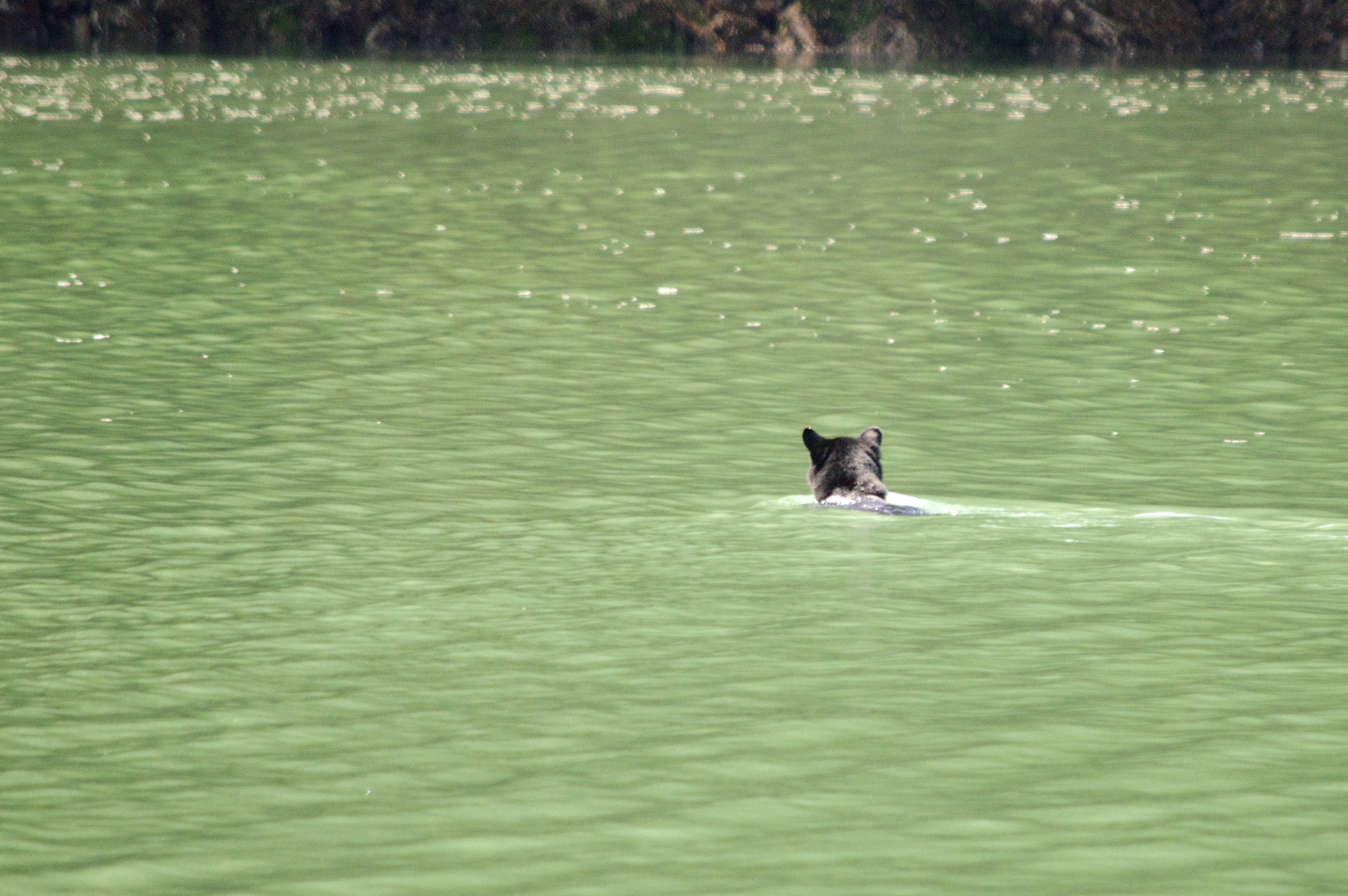 Imagine our surprise as we entered Blair Cove...

...Imagine his surprise when we entered! 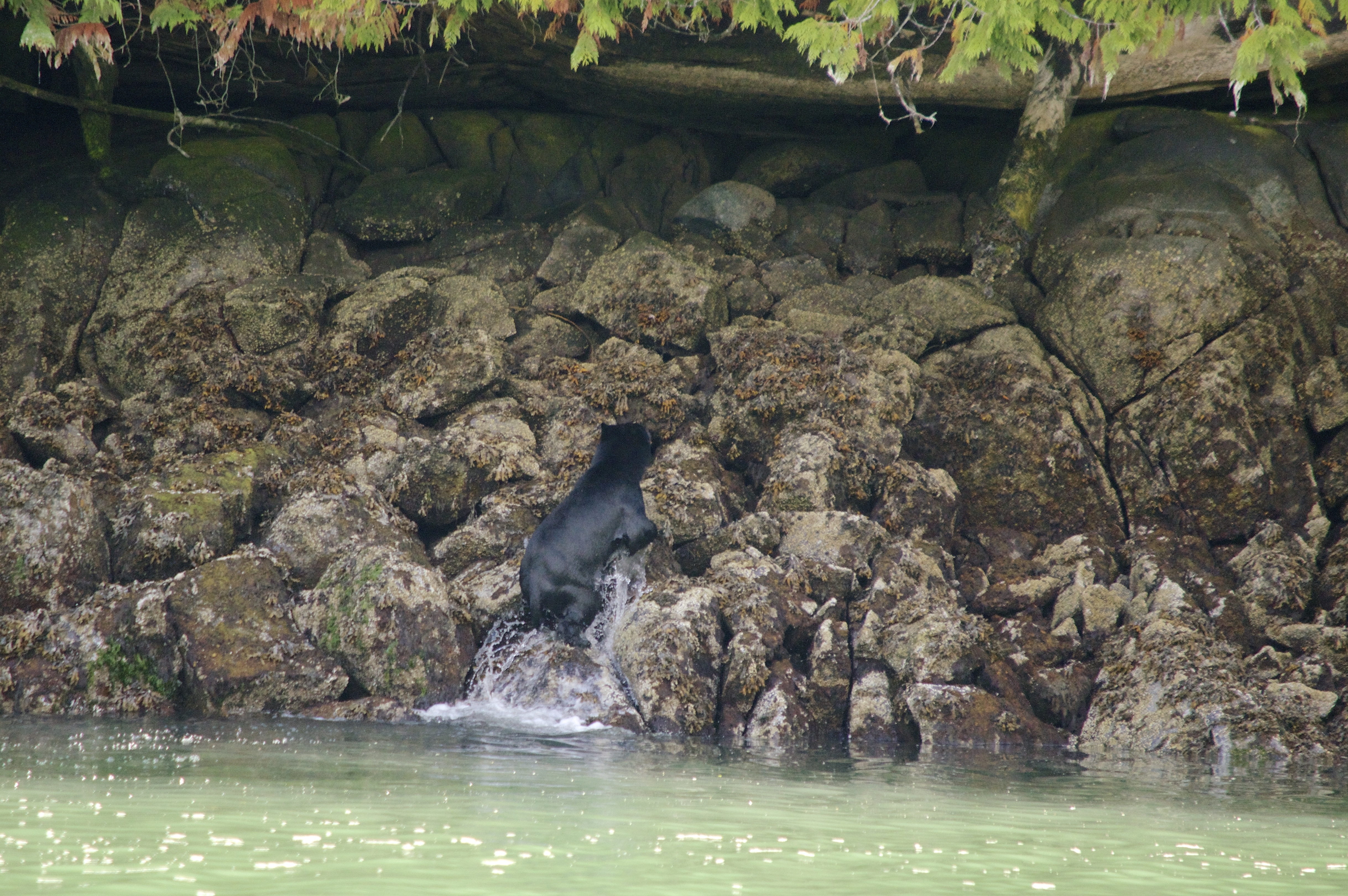 He was a big one.

Our paddle board around the area confirmed our desire to stay another day….we want to catch both low tides so we can watch the bears!!!! And we dropped a crab trap, to be collected tomorrow – so what the heck… 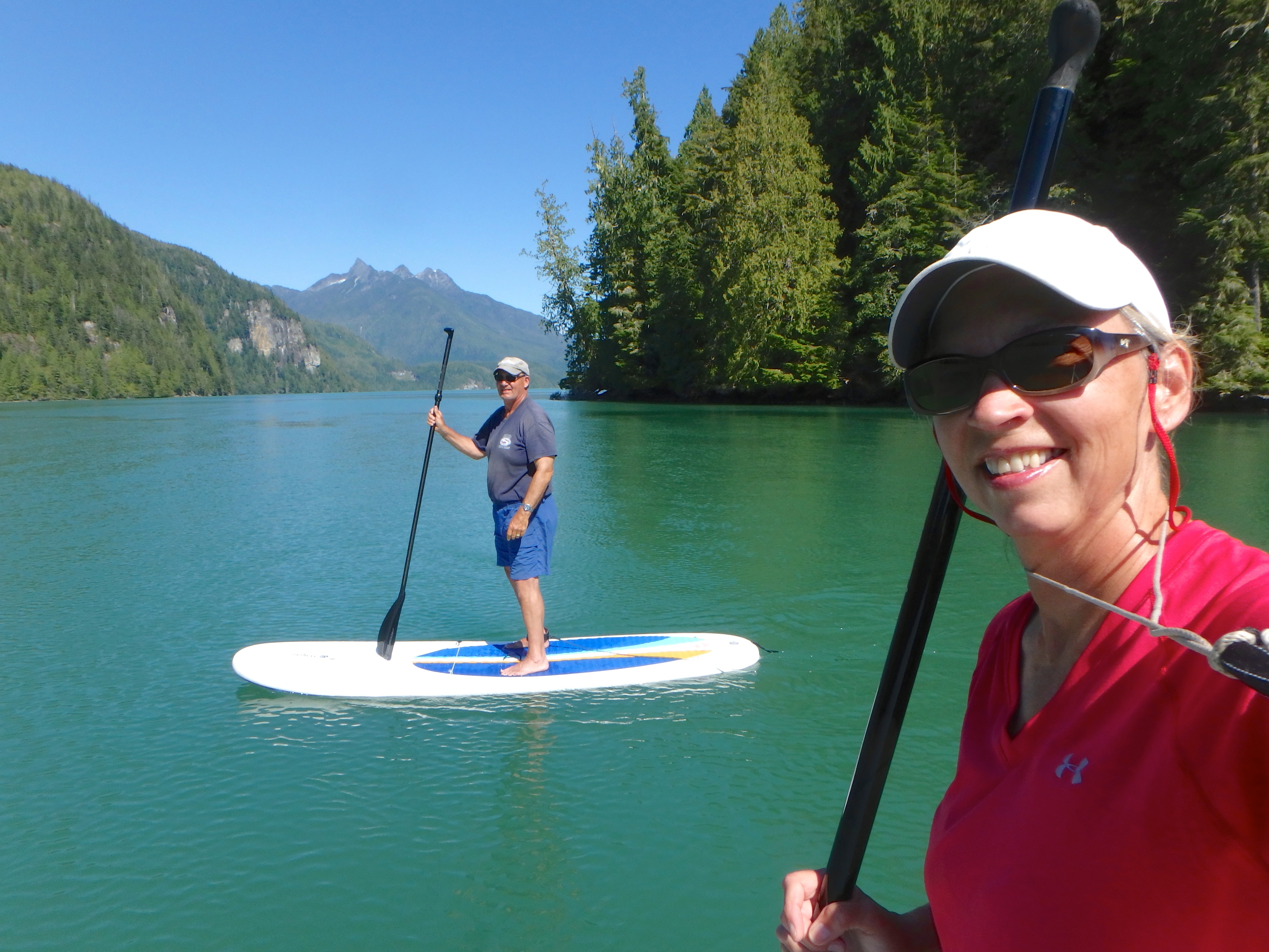 When the fog clears the paddle boards come out!

One thought on “Who Names These Places? (by Ann)”