The Burdwood Group are a group of islands in Tribune Passage, on the north side and west of Gilford Island. We’re tucked into a very tiny spot called “Twin Beaches”. It has a midden beach of shells from centuries of First Nation villages living here.

When I say, “tiny”, I mean it. We literally turned the corner about 20 feet from a rock the defines one side of the cove, turned down into the small cove until the depth sounder read 15 feet, then turned hard to port, out and dropped in 30 feet. Backed down to 20 feet – had a bit of an panic as we drifted toward the rocks waiting for the anchor to “bite”, but it finally did and turned Charisma upwind where we finally backed hard down to set the anchor. Then I took a stern line to the beach and tied to a tree to pull us into the little cove. There’s not enough room here to swing without hitting the rocks, so anchor out and stern line in keeps us lined up in the middle of the tiny cove. 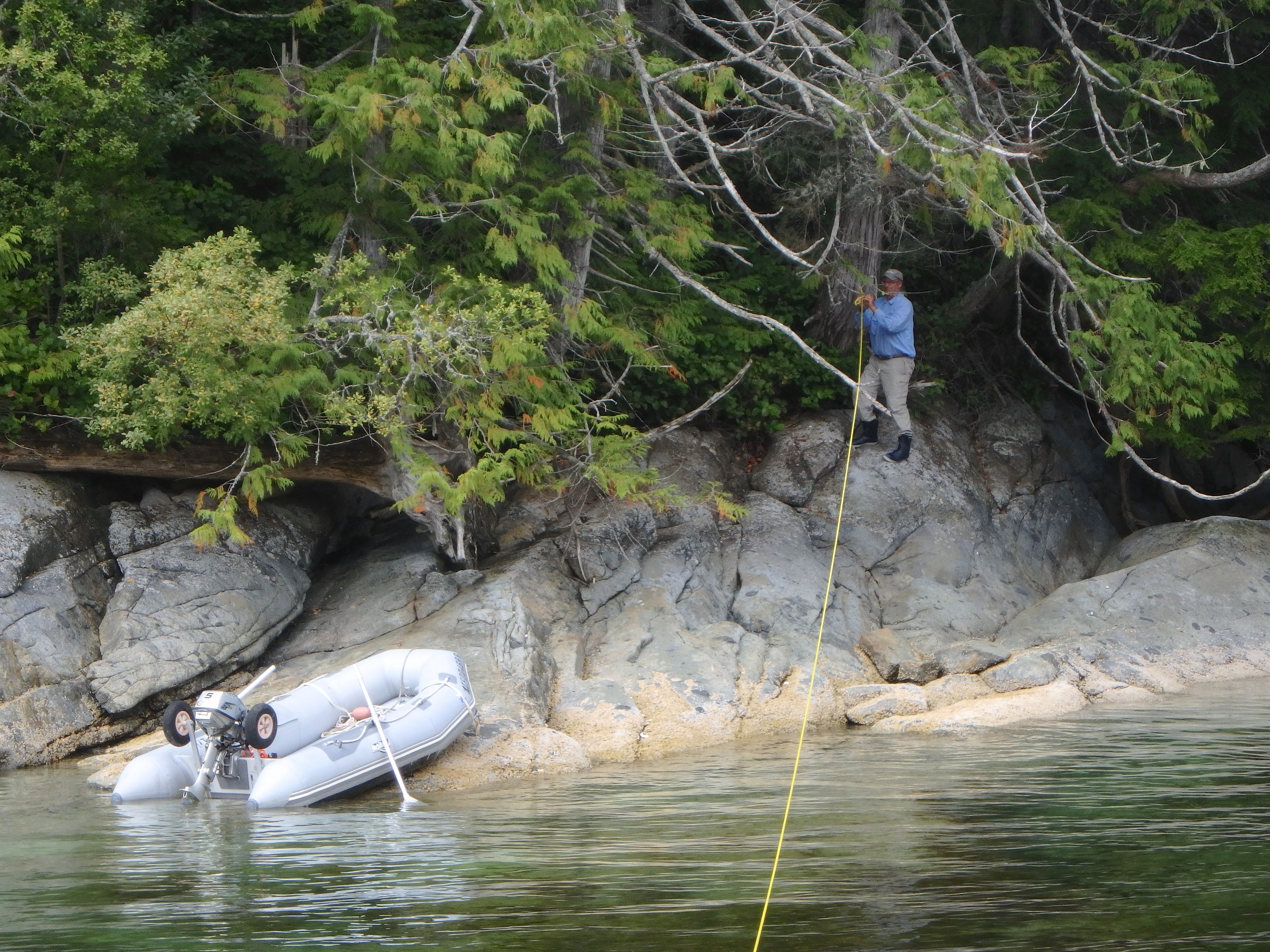 Time to get the stern line out. 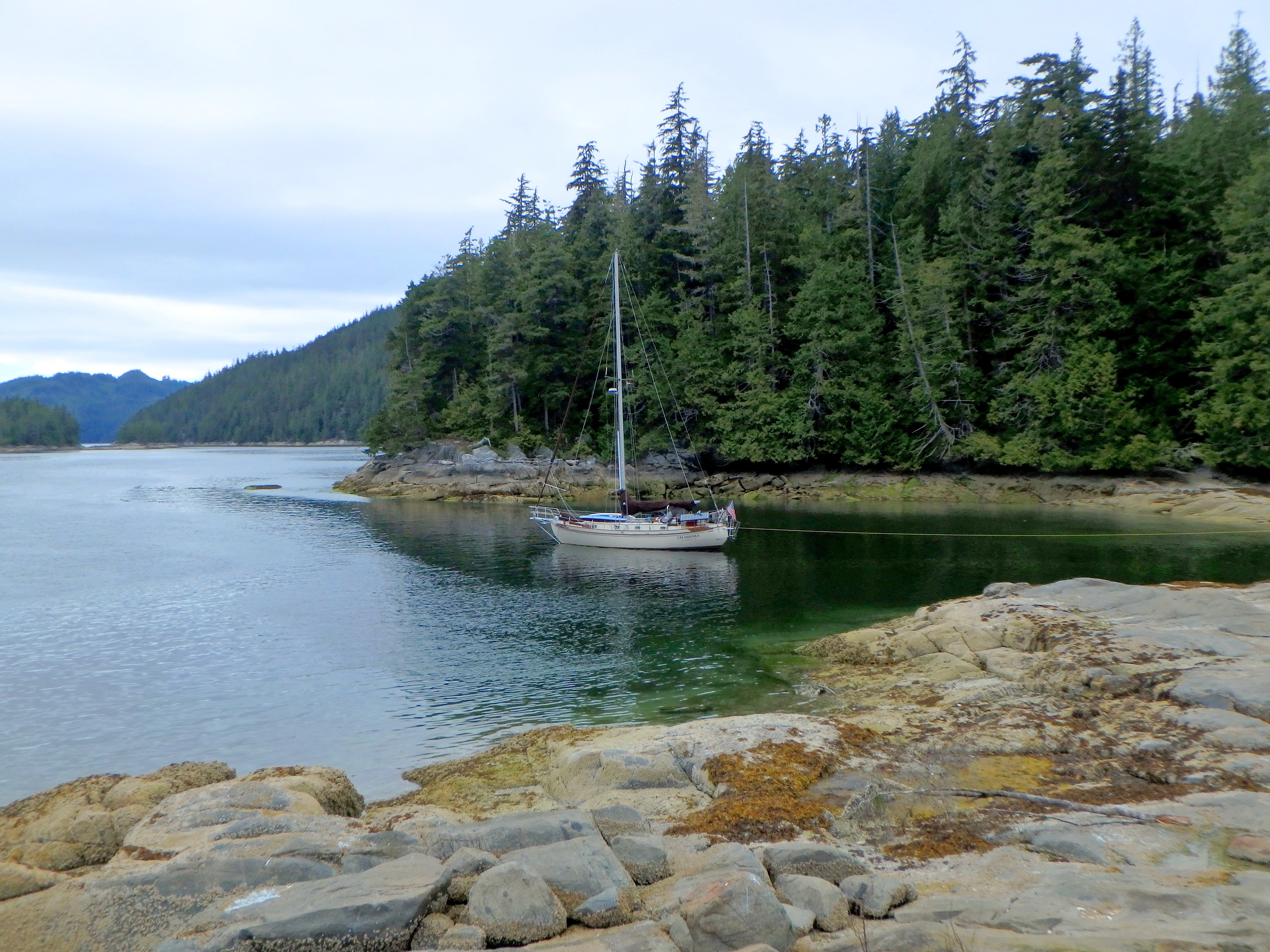 Nice and tucked in.

We did a bit of looking around in the dinghy at some of the other islands, then came back and went ashore behind Charisma where we found a lovely trail that wandered around the perimeter of the island – about a 45 minute hike.

Back on Charisma the wind came up in the afternoon as the was working its way in. During “Charisma” time, we watched as the wind and rising tide did their best to set us dragging toward the shore. I didn’t have enough scope out for the higher tide in the late afternoon and we found ourselves dragging anchor and almost on the rocks when we both realized we needed to move, NOW. OK, very rude to have to move during our cocktail hour, but… whatever. So, we let go the stern line, hauled anchor and motored out to assess the issue. We decided we could come back in, get a little further in the lee of the cove, drop more scope this time and re-anchor in the same spot. And we did. I went in to shore, grabbed our stern line which was still tied to a convenient tree and brought it back to Charisma and now here we comfortably sit with more scope, not dragging. OK, more than the non-cruisers want to read, but our cruising friends will appreciate the angst and the effort.

Our benefit? We’re anchored in one of the loveliest spots you’ll ever want to see. It’s a bit of a tradeoff since we’re also about 30 feet from the rocks, but the wind is laying down and the fog’s coming in so it should be a nice night.

(Our only other issue right now is the “letter between “w” and “y” no longer works on our little computer that we use for the shortwave radio. So, please e_cuse us for not being able to spell certain words).